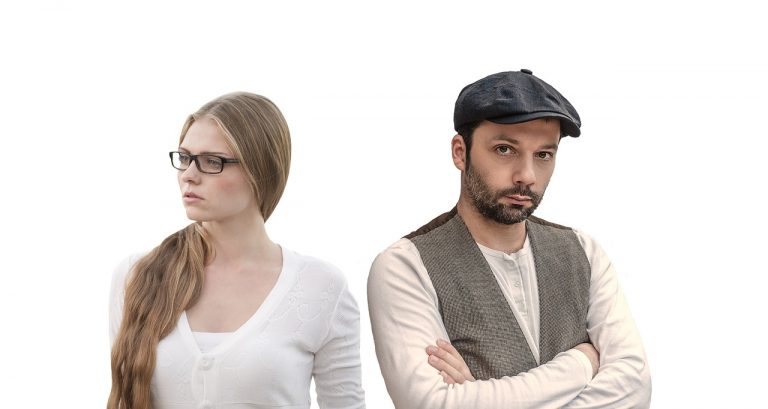 If you grew up in a household where criticism and contempt were a natural part of your daily life, there’s a very strong chance that it will have an impact on your adult self – not least in terms of romantic relationships.

Worse still, you probably haven’t even noticed the psychological changes that the difficult relationship with your parents has caused. After all, those impacts have taken a toll over many years of criticism and contempt while the majority of changes to your emotional rationale occur subconsciously.

Whether the situation is making you depressed and reckless or simply incapable of working through criticism from your partner, help is available. This guide should provide the answers you need to key questions, such as;

The impact of critical parents

A little criticism is to be expected in life and can be an amazing tool that helps us grow as people. It allows us to reflect on past mistakes and learn how to improve various aspects of our lives. In childhood, it can be great for developing healthier behavioral habits. As for adult life, it aids our ability to process information and build stronger interactions with other people.

However, too much criticism, especially when it is underpinned by contempt, can begin to alter our psychological makeup. This is particularly noticeable when the negative responses come from a loved one.

Research by Binghamton University’s psychology department in the UK found that overly critical parents harm their children in various ways, including but not limited to;

Furthermore, it is fair to suggest that high levels of criticism in childhood will encourage individuals to keep problems to themselves due to the fear of inciting further criticism. This can subsequently make you less likely to express yourself – creatively or emotionally.

We are all unique and handle criticism in different ways. So, the noticeable impacts of parental criticism can vary greatly from one person to the next. Nonetheless, studies show that 39% of people feel degraded when someone points out their mistakes while almost everyone who is exposed to daily criticism throughout their formative years is likely to be affected in some shape or form.

The two types of critical parents

Criticism can take many forms and appear in many situations. When coming from parents, criticisms may focus on your failure to fulfill your potential, a response to your behavior, an attack on your personality, or an expression of disappointment that you did not complete a task as expected.

Generally speaking, though, criticism can be split into two clear categories;

Long-term exposure to criticism naturally brings negativity to your life, and it remains long into adult life whether your parents continue to criticize you as an adult or not. Likewise, those underlying problems can surface when you are grieving for a lost parent. Whichever type of criticism you were exposed to, learning to appreciate its influence on your psychological development is vital.

Otherwise, it can affect all aspects of your adult self, including romantic relationships.

How does this affect your current adult relationships?

Studies show that around one-in-two marriages end in divorce or separation. While it would be wildly inaccurate to state that criticism during childhood is the main source of problems, it is easily one of the most underappreciated issues to affect adult relationships.

The direct impacts of overly critical parents on your relationships include but are not limited to;

Left untreated, the underlying issues can slowly but surely cause major problems for your romantic relationships as you struggle to process emotional responses while your partner will feel unable to fully support you.

How to manage relationships after being raised by critical parents

Overly critical parenting is unlikely to be as big of an issue in future generations as society now understands the full impact of emotional turmoil. However, it was a common parenting method for many years, so you aren’t alone in facing this issue. As such, it is rarely beneficial to blame your parents. Instead, you must learn to accept the situation and put an end to the stranglehold it has on your relationships.

Before thinking about your relationship, you must first learn to focus on yourself. Under half of the 6.8 million Americans with GAD (generalized anxiety disorder) gain treatment for it. If a life of being criticized has caused anxiety and/or co-occurring issues, you must seek help with this.

Once you understand the impact that criticism has had on your adult self, you can start to focus on key factors that will aid your relationship, such as;

Many of those issues will additionally benefit other aspects of your life, such as working relationships. While a commitment to addressing the issues as a couple will put you in a strong position, the best results are seen when you are supported by professional treatment. Alayna Baillod and the Self Care Impact Counseling team are here to help with dedicated strategies aimed at supporting couples where one – or both – of you grew up with overly critical parents.

A plethora of tools and psychological exercises may be used to help couples repair their relationships when a childhood of criticism is at play. However, the Gottman methodology is one of the most effective. It was invented by psychologist couple Dr. John Gottman and Dr. Julie Schwartz Gottman, delivering personalized results for couples battling a host of problems. Dealing with the impact of critical parents, either in childhood or adult life, is one area where the benefits can be huge.

This is because the Gottman method focuses on four pillars (known as the four horsemen) to help couples through a combination of joint and individual therapy sessions. They are Criticism, Contempt, Defensiveness, and Stonewalling. The Gottman method can help tackle each of those issues as detailed below:

Given that poor communication (65%) and unresolved conflict (43%) are the chief reasons for couples breaking up, the value of putting this right is clear. A mutual understanding of how past criticisms have impacted you, along with a dedicated focus on working through current and future problems with clarity and support, will lead you to greatness.

We are all influenced by the people around us, especially in childhood when our brains are like informational sponges. So, if you’ve been affected by critical parents, you are certainly not alone. Nonetheless, if you have found that it has impacted your relationship, now is the time to act.

The fact you’ve identified the source of your emotional and communication problems is a fantastic starting point, providing a solid platform to build upon. With the help of Self Care Impact Counseling’s dedicated couples and marriage counseling services, you can get relationships back on track.